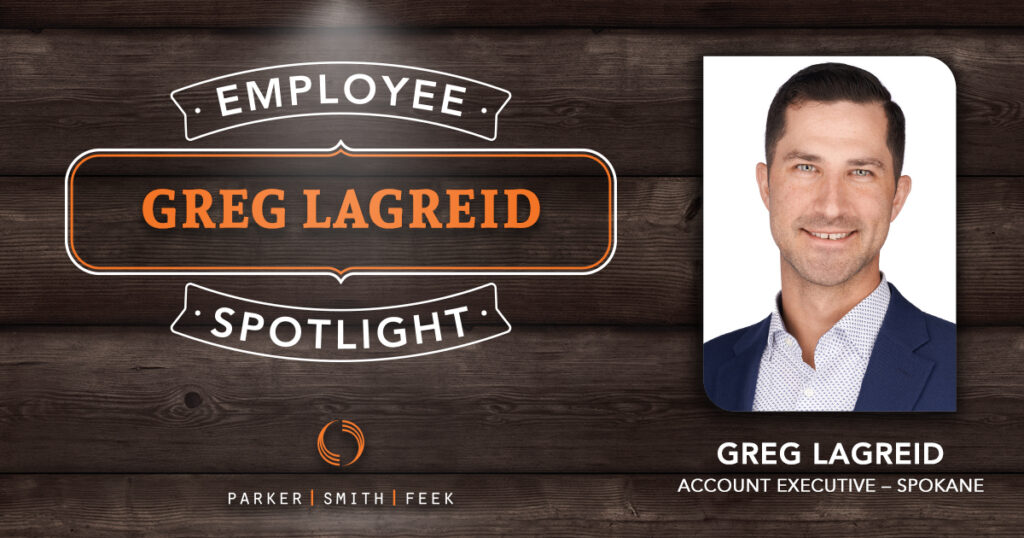 I’m a commercial account executive charged with leading the physical expansion to the Spokane market. I was our first Spokane-based employee, and our current team of 12 is thrilled to have recently moved into our new office space in the River View Corporate Center out in Spokane Valley. I also can offer some captive insurance expertise to the firm; I ran a captive for one of my previous employers, so I have substantial experience with them.

So what exactly is a captive?

It’s an alternative risk financing strategy. Essentially, a captive is an insurance company that is owned by the company to which it provides coverage for some of its risks. There are various types of captives…single parent, group, rental captives, and more.

Historically, captives are used to insure risks that are either expensive or impossible to cover in the commercial marketplace. It’s run like any other insurance company – it’s just owned by the insured.

What inspired you to start a career in insurance? You literally got a college degree in risk management, right?

Well, my degree is officially in finance. The first ever intro to finance class I took; I really enjoyed the professor and did quite well with the materials. He was a quirky, funny, super personable guy. From there on, I decided that I was going to take any elective that he was teaching. He happened to be the risk and insurance department chair – so that’s what all the electives were in.

Towards the end of my senior year, he posted an internship, and I immediately applied. I wasn’t really expecting to get it or even stay in the field, but I needed to line up a job before I graduated. I ended up getting it!

Shortly after, my internship boss went on maternity leave and decided not to return to work. When I graduated, I was offered her job. It was definitely a case of being in the right place at the right time and worked out wonderfully for me.

I have two daughters, so I coach a t-ball team in Rockford Little League for both of them. It is definitely a challenge trying to get a group of four-to-seven-year-old girls to pay attention and follow directions for an hour of practice though!

I also help out with the Freeman High School baseball team when I can, whether it’s helping prepare for the upcoming season or during practices.

You’ve lived in Spokane for a long time and are helping spearhead our new office there. What’s one of the biggest misconceptions outsiders have of Spokane?

Non-Washingtonians tend to have a lot. When I say I’m from Washington, everyone immediately thinks that it’s just like Seattle – green trees and raining all the time. But the mountains sharply divide the state in a lot of ways, whether it’s climate, landscape…anything, really. We all get lumped together, but it’s very different over here.

It also certainly surprises a lot of people to find out that Spokane is so up and coming. When we first moved here about six years ago, we were bummed that there weren’t as many good food options or as much going on in general as on the West Side. But there’s been a ton of investment in the city, and we’re getting a huge number of people moving here because the cost of living is very affordable. So we’re getting better restaurants, coffee shops, and it’s really becoming a cool place. If you drive around downtown on a Friday night, the streets are packed with people walking around and lining up for bars and restaurants (that is, before COVID-19, of course). We’re always looked at as Seattle’s little brother, but that’s a stereotype that people are fighting.

We talk a lot about the PS&F difference. How do you make a difference?

I have experienced the Parker, Smith & Feek difference over the years firsthand. I spent the last ten years of my career as a risk manager on the insurance buying side, and hired Parker, Smith & Feek twice. I’ve seen what the firm has to offer, and that we actually back up what we say we’re going to do by…actually doing it.

The level of teamwork is unique. When I first started, I was a lone ranger in Spokane and was just trying to schedule meetings and build a footprint. Even so, I rarely went to meetings alone. Any expert from a particular field that I needed would come over and join me. It’s been incredible to see the support, and a huge contributing factor is that we pay everyone salaries. When I call somebody to join on a meeting, I don’t need to worry about them holding their hand out for a portion of the commission.

I was told about the style of teamwork throughout my recruitment process of course, but to see it happen in real life has been unbelievably refreshing.

What is something your co-workers would be surprised to learn about you?

I’m the youngest of six kids. My wife and I have three kids ourselves, and they are grandchildren number 15, 16, and 17 for my parents. The holidays are mayhem.

If you could change one thing about the insurance industry, what would it be?

I would love for more younger people or college students to see the opportunity in the insurance industry. It’s always been seen as boring or unexciting, but it’s really rather fast-paced.

That professor from my time at WSU hosts an insurance industry night that I’ve spoken at a few times, since I try to stay involved with the department. He’s trying to get the word out to students that this industry isn’t lazy or unattractive. Especially considering a large population of insurance employees will be retiring over the next ten years, it’s a fantastic option for young people to consider as they plan their careers.

My job as a risk manager allowed me to travel all over the world and visit countries I never thought I’d have the chance to see, especially for work. On the broker side, you get to have an inside look into all the businesses that make up our community and the positive impact they’re having, whether it’s socially or economically. It’s thrilling to see the types industries that are right here, in our backyard.

Where are you from? Edmonds, Washington

Childhood hero? My older brother who I was always trying to keep up with