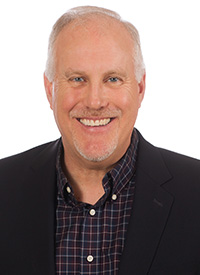 He began his surety career with Employers Insurance of Wausau in Beaverton in 1989, underwriting contract and timber bonds. Four years later, Bill joined the Reliance Surety team, where he continued to handle both construction and timber bonds until Reliance was acquired by Travelers. Prior to joining Parker, Smith & Feek in 2019, Bill spent 26 years with Travelers, all in Portland. Bill was the Managing Director for the local Travelers office for construction services in Portland. Bill’s territory with Travelers included Oregon, Southwest Washington, Northern California, and Southwest Idaho, where he serviced the surety needs of clients ranging from small start-up firms to large regional firms.

Bill has a genuine desire to help his clients succeed and thrives on building customer relationships. He has been in the local Oregon surety industry for over 30 years. He has built many strong business and personal relationships with his clients and local industry professionals over the years. His client focus made him a natural fit for Parker, Smith & Feek. Bill will be servicing our client base in Oregon, Southwest Washington, and Idaho.

Bill and his wife Connie of over 30 years are proud parents of four children: three daughters and one son. Bill and Connie live out in the Oregon City/Beavercreek area on four acres, where they have numerous farm animals including mini-dairy goats, horses, and chickens. Bill is an avid outdoorsman (hunting/fishing) and has spent many years sharing those experiences with his children. Bill has commented that his children are far better hunters, so he has taught them well.