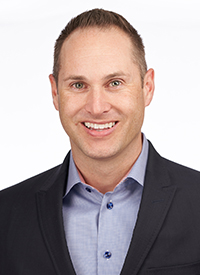 Guy is a Vice President and Account Executive in our Surety Department, responsible for the overall surety needs of his clients.

Guy specializes in surety bonds for general and specialty contractors and Alaska Native corporations, and his clients are active throughout the United States. In addition to maximizing his clients’ available bond credit, Guy’s tenure in the construction industry makes him a valuable resource for a range of business issues that his clients face, including market and project risk analysis and mitigation, contract negotiation, and internal business issues like perpetuation, estimating, and cost account systems. His prior experience as a bond manager at a leading surety company makes Guy a strong, adept client advocate in negotiations with underwriters. His current surety clients include companies with annual revenues ranging from $25 million to over $2 billion.

Guy began his surety career with Safeco in 2001 as a contract surety underwriter. He held several positions of increasing responsibility, culminating as bond manager. In that position, he managed contractors with nationwide operations headquartered in Alaska, Washington, and Hawaii. Guy received his B.A. from the University of Washington’s Michael G. Foster School of Business.

Guy is an active member of the National Association of Surety Bond Producers (NASBP), currently serving a three-year term on the Board of Directors. He is an instructor within Parker, Smith & Feek’s University Series, and is a frequent guest speaker within the construction and surety industries.