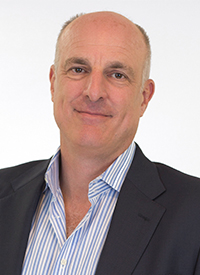 John is a Principal, Vice President, and Account Executive with expertise in both insurance and surety. His experience includes the placement of high deductible programs, collateral negotiations, workers’ compensation, complex builder’s risk placements, and marine professional liability. He has negotiated surety lines through ESOP, bankruptcy, and ownership transitions for some of the largest contractors on the West Coast. John’s work is also distinguished by his development of a model for financial benchmarking and innovative solutions for energy-related guarantees.

Before joining Parker, Smith & Feek in 2013, John was senior vice president and regional surety manager for Willis in Seattle for 13 years, serving on their National Surety Advisory Council. He represented local and publicly traded clients with revenue up to $4 billion. Previously, John served 10 years with Reliance Surety, the last three years as regional manager. By developing new markets in environmental surety, shipbuilding, and timber, He helped build the Seattle Reliance office into the largest in the Northwest region. He began his career in commercial banking with experience in commercial loans and management. He graduated from the University of Puget Sound in 1983 with a degree in finance.

John is active in The Beavers, CFMA, and AGCas well as  the Catholic Youth Organization and Big Brothers Big Sisters of Puget Sound.