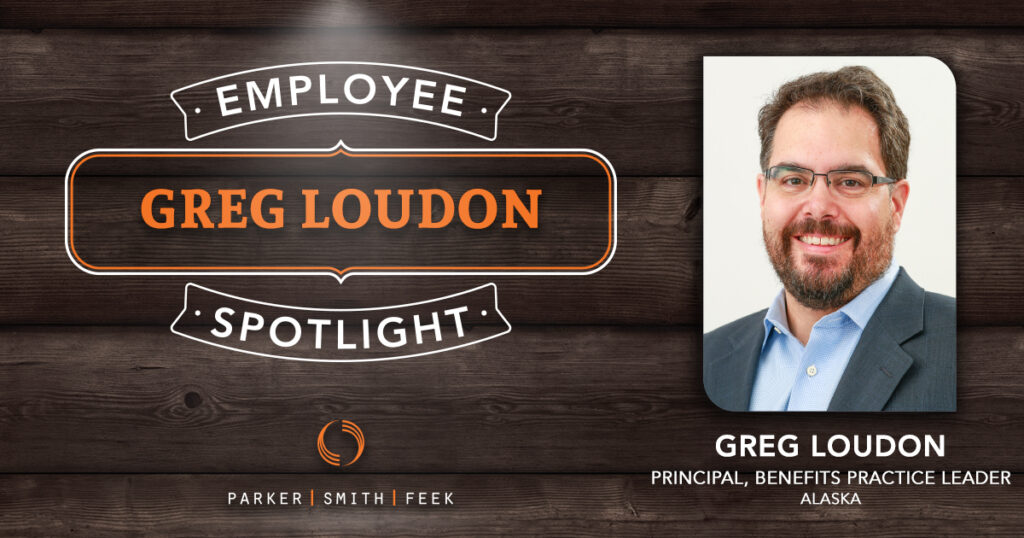 How would you describe your role at PS&F?

I’m an Account Executive, so I manage accounts and help our clients with their benefits. I’m also the manager of Anchorage’s Benefits Department and Benefits Practice Group Leader for the company, so I work with all of the other managers and provide leadership.

Tell me about your involvement on the COVID-19 Task Force for Alaska’s Operation Warp Speed.

I was invited to participate by Alaska’s Director of Insurance. The entire operation worked very well – it’s amazing that we’ve been able to produce viable vaccines as quickly as we did. The federal guidelines were fairly loose, and each state was left to figure out their own strategy.

So our governor formed a task force that was broken down into different responsibilities. There were groups focused on medical professionals, distribution and logistics, and so on. I was on the payor’s task force charged with figuring out who would pay for the vaccine administration. The vaccine itself was paid for by the federal government, but we needed to decide who would pay for the professional fees for physically putting the vaccine into people’s arms.

It was fun, actually – it was a really eclectic group of people from all sides of the industry. We met once a week for four or five months and worked on developing billing codes, how much payors would pay, and how payments could be processed through pharmacies as well as healthcare providers for medical plans…overall it was a very interesting experience.

We’ve since cancelled our meetings because everything’s been set into place. The latest report that I’ve seen shows that Alaska has one of the highest percentages of our population vaccinated of all the states.

My wife and I have a pact on how we divide out our social impact tasks. About a year ago, she helped start a nonprofit called the opens in a new windowAlaska Eating Disorders Alliance. It provides education, training for healthcare providers and educators, support groups for family members and patients…it’s been a huge undertaking, and it’s where a lot of my energy has been directed lately.

I used to be on the board for the Downtown Soup Kitchen Hope Center, which provides meals to people in need, for a number of years. My whole family volunteered there once a week, making and serving meals, from when my kids were little up through high school. It’s a really cool organization, they also provide a women’s shelter, a shower house, and culinary job training for homeless people to help them get off the streets.

What’s something exciting going on in the Alaskan benefits industry right now?

In Alaska, we structured Tribes differently than in the Lower 48. Through the Alaska Native Claims Settlement Act of 1971, (ANCSA), the entire state was considered Indian country and broken up into specific regions. Instead of forming reservations, they formed corporations, and members were given shares.

Fast forward to the Affordable Care Act, and there was a corollary piece of legislation signed – the Indian Health Care Improvement Reauthorization and Extension Act of 2009, that allowed the Tribes to participate in the Federal Employee Benefit Plan, under certain criteria.

As a result, many of our Alaska Native corporation clients have migrated to the federal plan, which has pushed us to become familiar with the laws and regulations surrounding it so we can properly advise. It’s been challenging – we aren’t allowed to sell that plan as brokers, but it’s an undeniable positive for our clients that can participate, so we’ve made it a priority even if we don’t benefit financially.

Tell me about your family?

I’m from Fairbanks and I’m Yupik Eskimo. My mom’s family has been in Alaska for over 10,000 years. We’ve traced our DNA genealogy back through Siberia across the land bridge, and down through the Lower 48 to American Indians and Central America.

I feel connected to Alaska. It’s more than just a place – it’s a part of who I am, right down to my core. I miss it when I’m gone.

We talk a lot about the PS&F difference. How do you make a difference?

I’ve spent 25 years trying to help reduce the overall cost of healthcare in Alaska, and we’ve been able to do some really cool things with direct provider contracting. opens in a new windowColleen Savoie has been my partner through all of this – even before we came to Parker, Smith & Feek. We’ve worked with the opens in a new windowPacific Health Coalition since the 90s, which provides access to better quality care at better prices for groups that would not be able to do so on their own.

We’ve helped them grow from 2,000 lives to over  250,000, and to the national level – and we’ve done the same with other groups as well since then. This strategy that we found worked for a couple thousand people is now being used for the benefit of over 6 million.

I really enjoy race cars. It’s a little too much to say that I actually race cars because we don’t have a proper road track here, but I do have an Audi S5 that I picked up at the factory in Germany and took straight to a track event at the Nürburgring. I hit every mountain pass in Europe featured in a James Bond movie. Since getting it home, I’ve worked on tuning and adding horsepower, and I take it drag racing in the summer. My wife got me a simulator for Christmas too, with the full racing cockpit and steering wheel setup.

What is the quality you admire most in other people?

Kindness and social justice. Those are values I hold dear, so I admire them in other people too.

Where are you from? Fairbanks, Alaska

Favorite book? One of my favorite authors is Neal Stephenson. I became familiar with his work when I worked with his mom at the University of Washington in the early 90s. I read Anathem last year – it was a real workout, but well worth the effort. I think my favorite of his books would be either Snow Crash or Cryptonomicon – very different books.

Anchorage favorites? The scenery – it’s right on the coast and you have a view of the mountains